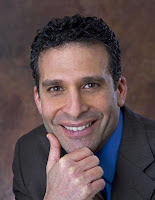 "All parents want the same thing—that young people become happy, successful adults. To evaluate whether they are moving toward genuine success, we need to look less at accomplishments and more at kids themselves. The process of producing students who are perfect on paper may be working for some and seriously harming others. Those who seem to be thriving may be budding perfectionists who are headed for elite colleges as a reward for their accomplishments. But they may not be headed toward a lifetime of success and are unlikely to achieve a lifetime of happiness, satisfaction, and contentment.

Some materials mention “Big Lies” that parents shouldn't project on the next generation. The first Big Lie—that successful adults are good at everything—is applicable here in a discussion of perfectionism. When was the last time any of us was good at everything? Probably in second grade—we got gold stars on our spelling papers; we were told we were great artists when we made construction paper Thanksgiving turkeys. Since those halcyon days, how many adults can say, “I’m good at everything”?

Most of us do quite well at one or two things and are less talented in many more. Successful people usually excel in one or two areas. Interesting people excel in a couple areas but also enjoy exposure to several fields even if they can’t be a star in all.

So why do we push the Big Lie on teenagers that they must be good at math, science, foreign languages, English, history, the arts, and athletics? Doesn’t this unrealistic expectation only foster the drive toward a perfectionism that is bound to crash land?"

Christine Carter,  a former GPS speaker, continues the conversation on perfectionism - when she suggests we prioritize completing   projects over perfecting them.

"My perfectionism is still solidly in remission, but at times I'm a little anxious that I don't feel guiltier for not constantly striving to earn myself an A+ in every little realm of my life.

For this reason and many others, I am totally in love with Liz Gilbert's new book Big Magic. In it, she clarifies: Success and happiness aren't just about not being perfectionistic. They come when we actually allow ourselves to be mediocre, if that's what it takes to complete a project or task. We don't need to feel guilty about the areas in our lives where we're half-assing it, she assures us, when we prioritize completing tasks and projects over perfecting them. She explains:


The great American novelist Robert Stone once joked that he possessed the two worst qualities imaginable in a writer: He was lazy, and he was a perfectionist. Indeed, those are the essential ingredients for torpor and misery, right there. If you want to live a contented creative life, you do not want to cultivate either one of those traits, trust me. What you want is to cultivate quite the opposite: You must learn how to become a deeply disciplined half-ass.


It starts by forgetting about perfect. We don't have time for perfect. In any event, perfection is unachievable: It's a myth and a trap and a hamster wheel that will run you to death. The writer Rebecca Solnit puts it well: "So many of us believe in perfection, which ruins everything else, because the perfect is not only the enemy of the good; it's also the enemy of the realistic, the possible, and the fun."


"Become a deeply disciplined half-ass" is some of the best happiness advice I've ever heard. And in a world where people begin loads of projects but are too busy (or afraid of not being good enough) to complete much of anything, completion is a strategy that will put you ahead of the pack.


Which part of the deeply disciplined/half-ass equation do you need to cultivate in yourself?"

The following couples tip about partnering to attain healthy goals comes to us from the Family Institute of Northwestern University. And of course when we model healthy habits for our youth its a win-win for the entire family!!

Healthy Together
When it comes to couples' health, the adage seems to be true that the whole is greater than the sum of its parts. Partners teaming up are more likely to reach certain health goals than when one partner pursues those goals alone.
A large British study published earlier this year found that when one partner seeks to make a positive health-related change -- giving up smoking, increasing physical activity, or losing weight -- the odds for success increase significantly if the other partner signs on to work toward the same change. When it came to smoking cessation, 48% of men whose partner also attempted to give up cigarettes were successful in reaching their goal, compared to only 8% of men who attempted it on their own. A similarly large difference was found for women: 50% success rate in the partnership approach versus 8% success rate as a solo endeavor.
When it came to increasing physical activity, 67% of men reached their goal when their partners joined with them, compared to 26% of men who attempted it on their own. For the women, the percentages were 66% versus 24%.
And when it came to losing weight, 26% of men lost five percent or more of their body weight when their partner also attempted weight loss, compared to 10% of the men who attempted it on their own. For women, the percentages were 36% versus 15%.
Interestingly, the partnership approach -- we're working on this together -- proved even more effective than when the second partner was already living a more healthy lifestyle and might have served as a "good example."  In other words, when a less-active spouse wants to increase her activity level to more closely approximate the level of her already-active partner, the likelihood of her success isn't as high as it would be if both partners started out less active and teamed together to reach the shared goal. Perhaps there's something intrinsically more difficult about "catching up" to match a level already attained by one's partner, than when both strive together toward the same end.
Might we extrapolate from this research that any number of health-related goals are more attainable when partners team up for the task: reducing alcohol intake, cutting back on sugary sodas, bringing down cholesterol? When it comes to living healthfully, teamwork seems the way to go. 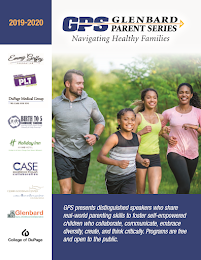